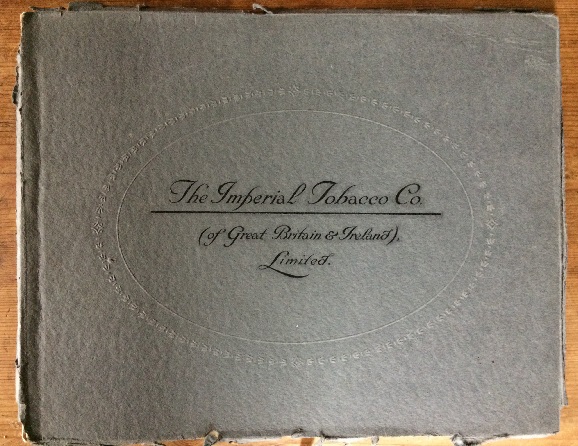 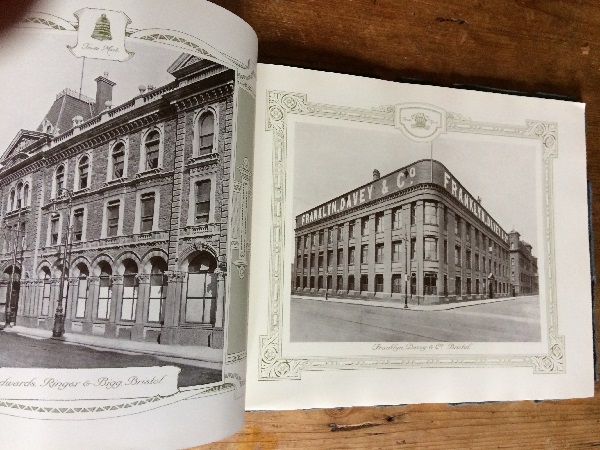 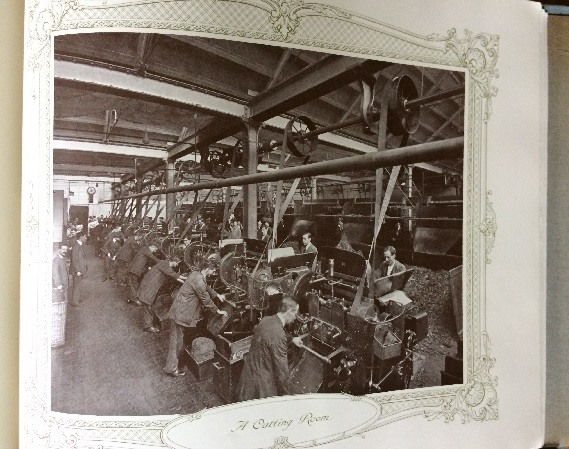 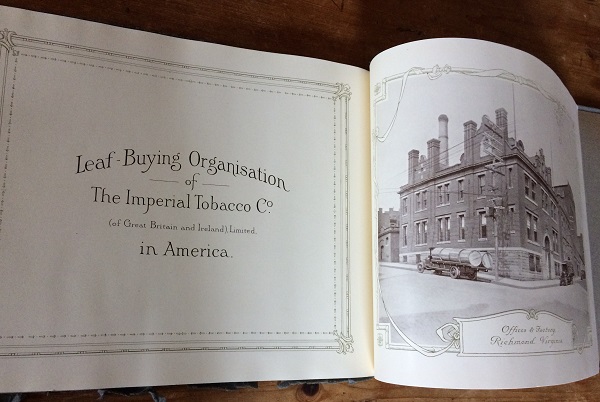 Grey paper-covered boards with title in black on front cover. Condition: Fair to good, covers are quite shelfworn and scruffy to edges, with the paper being worn through on most of the spine, exposing the binding beneath. Internally in good condition, with some light cockling to endpapers. Binding sound, no inscriptions. This photographic record illustrates the various factories in Britain (the buildings as well as staff at work) and leaf packing factories in America, of the various small tobacco companies that had been swallowed up under the umbrella of the Imperial Tobacco Co., including W.D. and H.O. Wills, Edwards, Ringer and Brigg, Ogdens and W.F.Davies & Son.