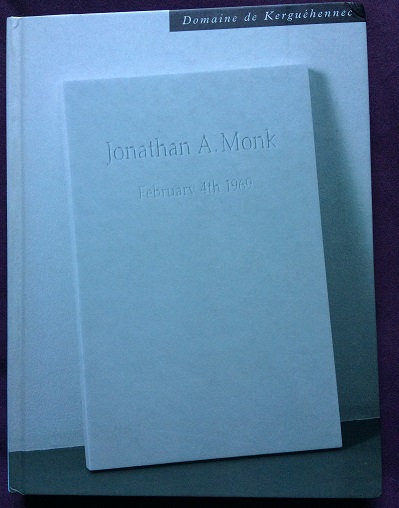 Jonathan Monk: Until Then...If Not Before

Hardcover. Condition: Very good, with very light shelfwear to covers including light bumping to outer corners of front cover. 205pp. Many colour illustrations. This is the exhibition catalogue published in conjunction with the show "Family of Man" held July 1 - September 18, 2005 at the Centre d'Art Domaine de Kerguehennec, France. Edited and with text by Frédéric Paul. Interviews and contributions by Pierre Bismuth, David Shrigley, Ed Ruscha, Ceal Floyer, Claude Closky, John Baldessari. Jonathan Monk, born in the UK in 1969, is a dry-humoured mischief-maker who explores 1960s influences in installations, photography, film, sculpture and performance. Interviewed in this book, he tells the respected artist David Shrigley, "it is sometimes difficult to understand where it [art] all begins and ends. the unanswerable question keeps us all going." His work is just as quotable, including signs that read, "Meeting point" and "This painting should ideally be hung to the left of an Ed Ruscha." Not coincidentally, this volume includes contributions from influential supporters including Mr. Ruscha and John Baldessari. This catalogue was published to accompany the exhibition of work by Jonathan Monk held at

Title: Jonathan Monk: Until Then...If Not Before

Jonathan Monk: Until Then...If Not Before