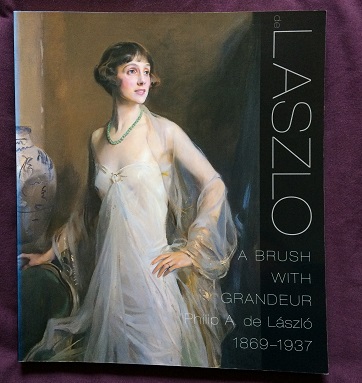 Softcover. Condition: Very good, essentially fine with some faint sunning to edge of front cover where it meets spine. Binding sound, no inscriptions. 208pp. 138 colour plates. Philip de Laszlo (1869-1937), following a meteoric rise to recognition in his native Hungary, settled in Britain in 1907 and became its leading portrait painter - taking over from Sargent. Many of his works remain in private collections and consequently are little known to the public. This book was the first to be devoted to the artist for many years and illustrates a rich and representative selection of his work. It accompanied an exhibition at Christie's, London from 6-22 January 2004, and includes essays by Christopher Wood and Richard Ormond.