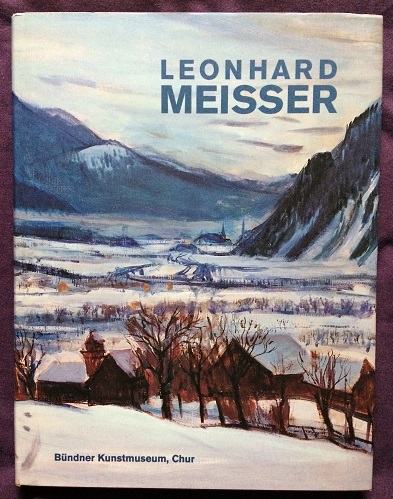 NB: Text is in German throughout. Condition: Fine, binding sound, no inscriptions. Dustjacket condition: Very good, with just a hint of shelfwear. 119pp. 61 plates, the majority in colour. This catalogue was published to accompany the exhibition of work by Leonhard Meisser which was held from 8 February to 30 March 2003 in the Bundner Kunstmuseum, Chur.Leonhard Meisser was a painter, draftsman and printmaker, who formed together with Alois Carigiet and Turo Pedretti the "Grisons triumvirate". Meisser grew up in Chur. After leaving school (1922) he studied biology in Zurich. In the autumn of 1923 he moved to Paris for artistic training. For a short time he shared lodgings with Alberto Giacometti, and from 1924-26 Meisser attended the Académie of André Lhote (1885-1962)