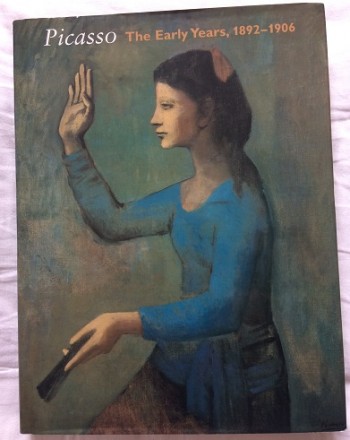 Brown cloth with title in navy on spine. Condition: Fine, binding sound, no inscriptions. Dustjacket condition: Fine, with just a faint hint of shelfwear. 374pp. Many colour and b/w illustrations. This book was published to accompany the exhibition of early work by Picasso held at the National Gallery of Art, Washington from 30 March to 27 July 1997 which then toured to the Museum of Fine Arts, Boston from 10 September 1997 to 4 January 1998. Picasso's early career was far more than a prologue to the phenomenal artistic achievement that followed. In the years 1892-1906 the artist produced complex and compelling works that relate in fascinating ways to his later oeuvre and development. This book focuses on that early work.