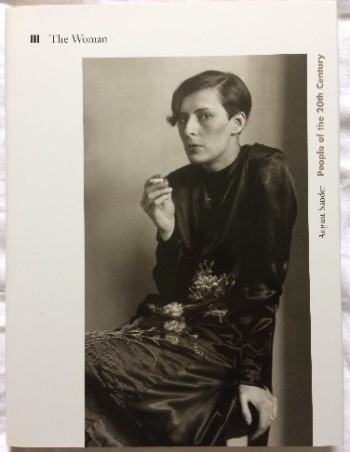 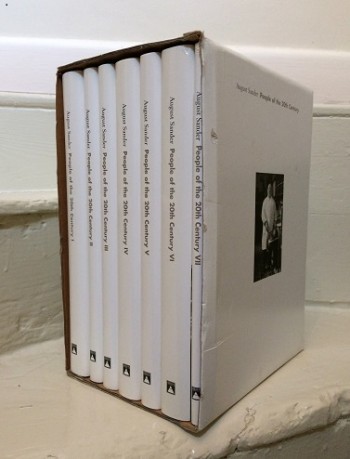 Seven volume set with white card slipcase. Text is in English, German and French. Condition: Fine, binding of all volumes is sound, no inscriptions. Dustjacket condition: The dustjackets of all volumes are in fine condition with the exception of the top of the spine on Vols. VI and VII which are slightly wrinkled. The card slipcase is slightly scratched and scuffed with a couple of small nicks. 619 b/w photographic plates. This is a monumental set. Between 1925 and 1927 August Sander (1876-1964) began a project to create a typological "total picture" of society. He set up seven groups with titles such as "The Farmer" "The Skilled Tradesman" and "The Woman". He was still working on this project at the time of his death in 1964, and it was not until 1980 that his son Gunther was able to publish it for the first time. This revised edition published to mark the 125th anniversary of the photographers birth, is an expanded reconstruction compiled by Susanne Lange and Gabriele Conrath-Scholl in collaboration with Gerd Sander published by the Photographische Sammlung/SK Stiftung Kultur in Cologne, in whose possession the August Sander archive has ben since 1992. A heavy set. Will require extra shipping charges if to be sent outside UK.