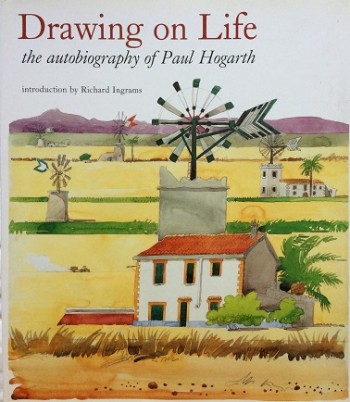 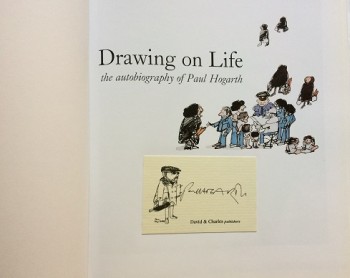 Drawing on Life: The autobiography of Paul Hogarth

Maroon hardcover with title in gilt on spine. Condition: Fine. Signed by Paul Hogarth on publishers label on title page. Dustjacket condition: Fine, with just a very faint hint of shelfwear. 192pp. Many b/w and colour illustrations. Paul Hogarth (1917-2001) was one of the most distinguished illustrators and graphic artists of the late 20th century. In his work topography, illustration and reportage achieve the status of fine art, a fact reflected in his membership of the Royal Academy. Allied to his artistic talent was a passion for travel and literature, and as one would expect the book is written with great energy and wit.

Title: Drawing on Life: The autobiography of Paul Hogarth

Drawing on Life: The autobiography of Paul Hogarth